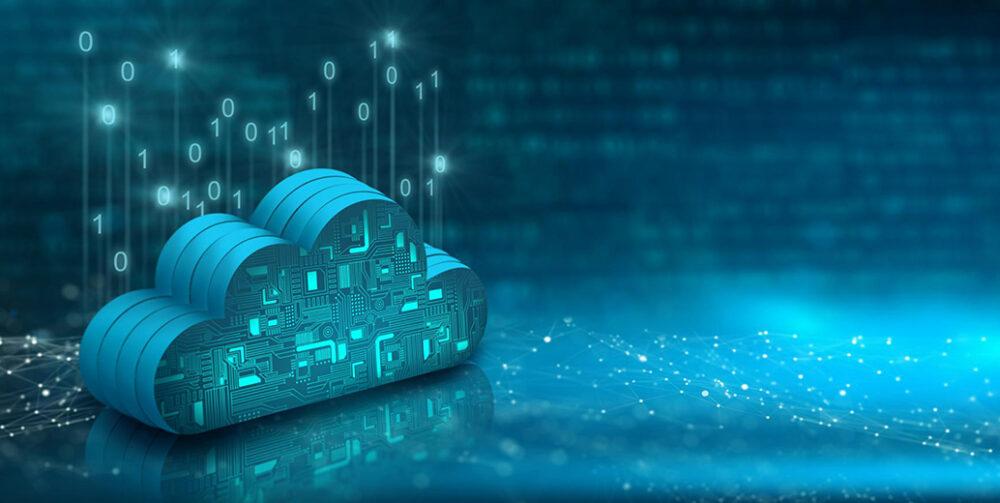 In recent years, the concept of Cloud Computing has become integral to the modern IT landscape. Many organisations have adopted a “Cloud First” strategy where any new deployments must be hosted in “The Cloud”. The Covid-19 pandemic accelerated this trend as organisations tried to take advantage of cloud services to facilitate working from home arrangements during the frequent lockdowns.

However, what do people mean when they talk about The Cloud? There is still a lot of confusion about what the term means and what you can really expect in any given scenario. Today we’re going to take a look at the different types of Clouds that are available and the benefits and use cases of each one.

What are the Different Cloud Deployment Models?

When referring to the Public Cloud, what we’re really talking about is computing services that are offered by a third-party provider over the public internet. They will allow the customer to only pay for their exact resource usage for things like CPU cycles, storage, or network bandwidth consumed.

In a Public Cloud, the hardware, software and network devices are shared between multiple different companies. We refer to these as “Cloud Tenants” and they have access to services and management of their tenancy through a web browser, terminal or an API.

The service provisions in a Public Cloud are categorised in one of three ways: 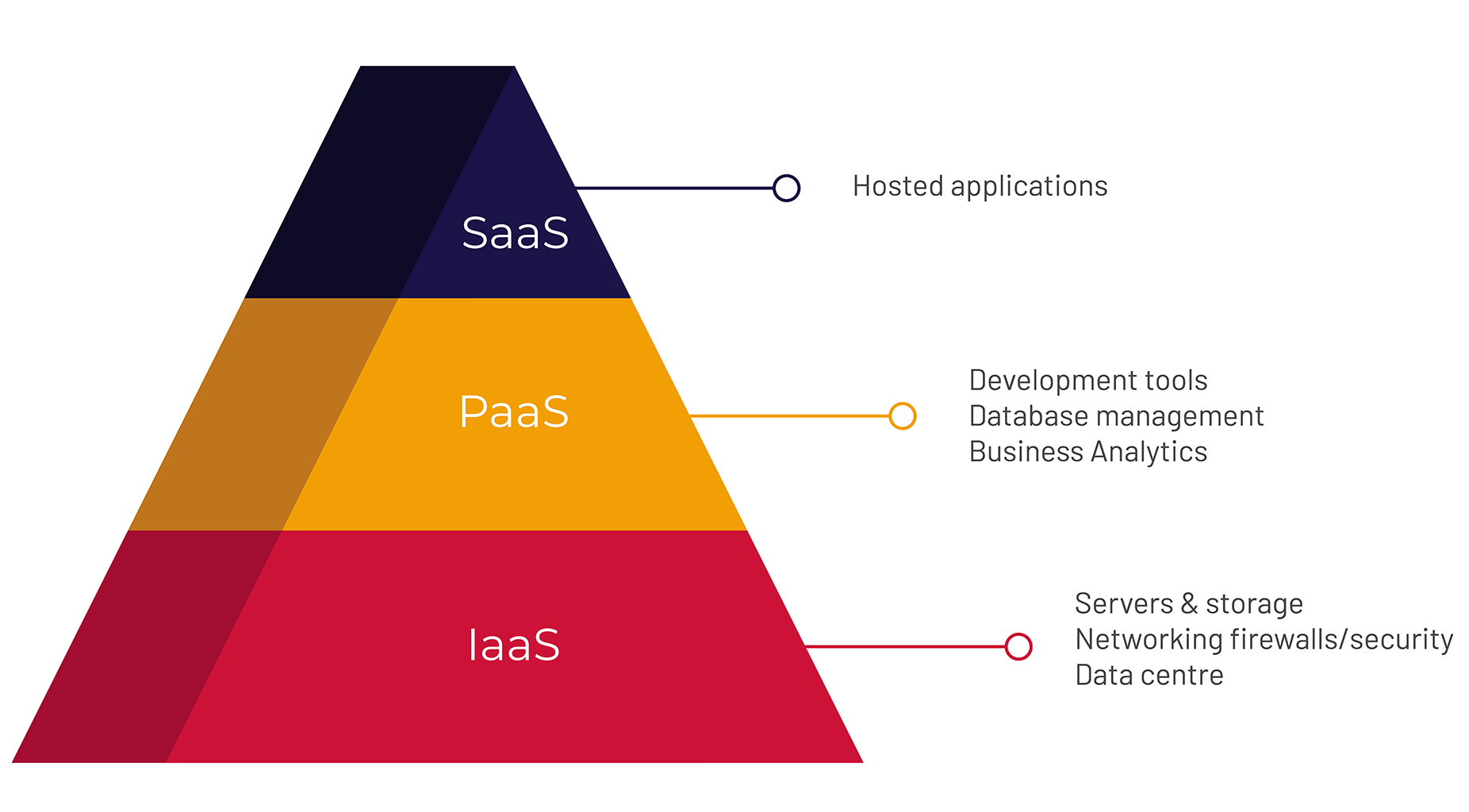 Public Clouds operate under a shared responsibility model. This means that, depending on the service type you consume, you will be responsible for different things. 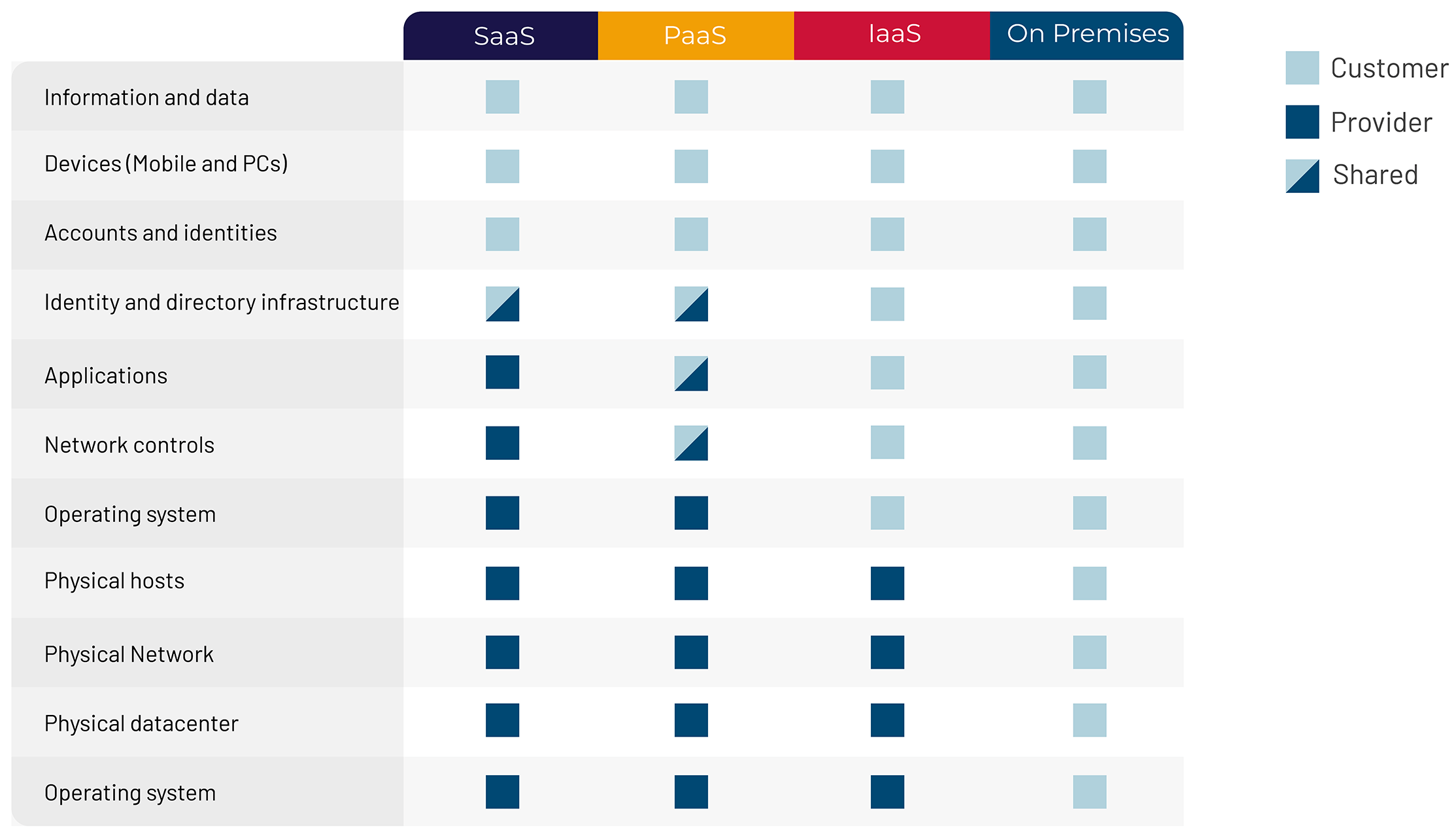 There are a multitude of benefits of using a Public Cloud:

Ready to start your journey
to cloud computing?

There are a lot of similarities between a Public and Private Cloud. However, instead of compute, storage and network resource being provisioned to multiple tenants as a shared pool, Private Cloud services are used exclusively by one organisation. This could be in an On-Premise or Co-location facility, or it could be hosted entirely by a Third Party Provider but the defining characteristic is that it is on a private network with hardware and software dedicated solely to your organisation.

The benefit of this is that you have much more granular control over what happens at the hardware and software layer. If your organisation has a specific need that must be addressed, a Private Cloud gives you much greater flexibility to design and deliver a bespoke service.

Another benefit is that you can control factors such as contention levels and service placement to make sure that you’re optimising the performance of the underlying resources.

One negative aspect of a Private Cloud is that the organisation (or nominated service provider) retains responsibility for the operational overhead of running a Private Cloud. All of the hardware and OS infrastructure needs to be supported, maintained and patched which has an impact on staffing considerations whilst sufficient capacity needs to be provisioned upfront in order to make sure there is no impact on services during maintenance windows or hardware failures.

For a Private Cloud deployment to be different from a traditional On-Premise data centre deployment, it must still provide the three benefits previously attributed to Public Cloud: Agility, Elasticity and Scalability. Another defining feature is that the ability exists to interact with the environment programmatically to deliver increased automation and flexibility.

A Hybrid Cloud deployment combines the two types of deployment previously discussed; Public and Private Cloud (or On-Premise Infrastructure) deployments are used together in order to allow data, applications and functions to move between the two environments.

This is often described as the “best of both worlds” as you get the increased control for a subset of workloads by hosting them on a private infrastructure but also have the ability to take advantage of the scalability and redundancy offered by a Public Cloud infrastructure as required.

The increased control is particularly important for industries that have strict regulatory and data sovereignty requirements. They can store the data locally whilst having greater levels of oversight and control, but utilise the resources of a Public Cloud provider to scale up access during times of heavy load without having to give them full access to their data.

Another big driver for Hybrid Cloud is for latency sensitive applications and functions. By utilising a hybrid cloud approach, you can bring your compute and storage closer to your workloads to avoid having to communicate with a Public Cloud – this is something which is often referred to as Edge computing.

Aspire for your cloud hosting needs

At Aspire we offer a range of cloud hosting solutions. Whether you’re looking to migrate your on-premises data centre, or are ready to adopt a full cloud hosting model, our team are here to help.

Talk to one of our experts and ensure you’re getting the best solution for your business.

Unsure which cloud deployment model
is right for your organisation?