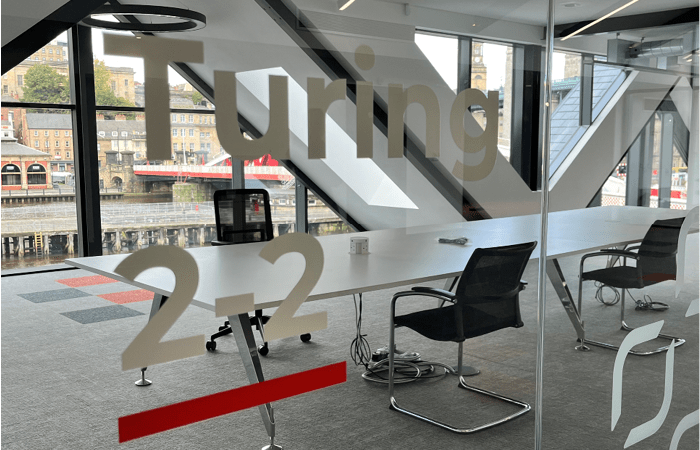 Last month saw us leave our Heworth Hall home of over a decade and move in to our new Pipewell Quay HQ. Renovated by Adderstone Group from the bones of the legendary Baja Beach Club, Pipewell Quay sits on the Gateshead Quayside overlooking the River Tyne.

This move has given us the opportunity to embed who we are throughout the building to show everyone who enters what Aspire is all about. As you walk through Pipewell Quay you’ll find our values displayed loud and proud. We want all of our visitors to know what we stand for and who we are.

When decorating our seven meeting rooms, we realised we had an opportunity to honour key figures from the North East and the history of tech. Although we provide services to organisations across the country, our roots are very much set in the North East and we’re proud of where we’re from.

To find out more about our new brand and headquarters, click here!